Security has become one of the most essential needs in any public or private building. In the current contemporary world, people have experienced losses of both assets and lives due to poor security strategies either in their private household or business premises. The lack of proper training has been among the major factors leading to loss of life and property for thousands of people around the world. Green Knight Security provides security services and active shooter training for these vulnerable places and communities. Our company is located in Torrance, California, specializing in all forms of security services. Some of the services include providing specialized training sessions. Among them includes the evacuation of danger zones, specifically during an active shootout situation.

What Does the Evacuation of Danger Zone Really Mean?

The evacuation of the danger zone is also known as emergency evacuation. It is an exercise that involves evacuating people from a region or location with an imminent threat to both lives and property. However, strategies implemented depend on the type of security hazards.

Who is an Active Shooter?

Have you ever been involved in a situation where there is an active shooter within your premises? If not, you probably do not know what to do when this type of situation arises. An active shooter is a person involved in killing or attempting to kill people in a confined or populated environment. In most cases, active shooters have no specific target; neither do they have selection strategies to target victims. Therefore, these situations are extremely dangerous for all people in the building.

Most active shootout events are between 10-15 minutes, where the shooters have the aim of keeping people hostage until their goal is met. Because of the short duration of time, it is essential to have skills on how to neutralize the situation before the arrival of different security agencies.

What is an Emergency Evacuation Training?

The purpose of Emergency Evacuation training is to provide people with knowledge on the actions to take and not to take in case of an emergency that requires evacuation. It is wise for all businesses, its management, and private residences to consider coming up with an emergency evacuation plan. More importantly, they should ensure that people interacting with their premises on a daily basis have training on the best actions to take in case of an emergency.

Emergency evacuation is applicable in different forms of emergencies, which include:

What is the Importance of Active Shooter Evacuation Training?

Immediately after you leave your home, your life is always at risk. You have no idea of who is following you, or what would happen next in the surrounding environment. You might be a teacher, doctor, banker, student, or any other ordinary person walking down the street. However, the main question always applies. Are you always prepared to provide security for yourself and vulnerable people surrounding you in case of an emergency? For that reason, it is essential to have some motor skills on how to provide a safe environment in the case of impending danger. Active shootout evacuation training is one of them.

The primary reason for engaging yourself in an active shootout evacuation training is to acquire hands-on skills that are instrumental in saving lives. Active shootouts have been prevalent in the United States over the past five years. For example, a report provided by the FBI indicates that both in 2016 and 2017 over 200 lives have been lost by active shootouts, and left over 500 people wounded. These figures would be lower, only if people considered undergoing emergency evacuation training sessions.

Enhancing the level of preparedness is another important reason for one to consider subscribing to an emergency evacuation training session. Sgt. Kathy Kelsheimer, a retired Marine Police Sergeant, and also an expert in active shootout evacuations stated that preparedness is only achievable only if people adopt the concept of continuous training and practice. Such sentiments are applicable in our daily lives, especially with the heightened insecurity in different parts of the world.

We are currently living in a society where the lack of security has affected all sectors of the community including churches, corporate buildings, schools, markets, on transit, or any other location one might consider. That is an indicator that there is no safe environment. Such developments have put pressure on people to go through different forms of self-protection procedures and among them should include active shooter evacuation training.

This is among the questions popular among most students undergoing the evacuation training sessions. Unfortunately, the answer is not always. There are many institutions, especially schools that have been training students and all their stakeholders on the active shooter evacuation procedures, but many have failed during an active shootout.

A good example includes Stoneman Douglas High School in Parkland, Fla. Students and teachers have been undergoing vigorous training sessions on active shootout evacuations in response to the unfortunate event in the Westside Middle School in Jonesboro.

After analyzing both incidences, where former students suddenly became shooters, one can understand that emergency evacuation training has been the same for a very long time. Moreover, for that reason, the shooters are always aware of what to expect in case they decide to attack. Having similar training procedures for a long time leads to ineffective self-protection plans.

It is therefore imperative to continuously update the training strategies, and also come up with different preventive measures with respect to different environments that one frequently visits or is involved in on a daily basis.

Best Evacuation Procedure In the case of an Active Shootout Emergency

In the case of an Active Shootout emergency, One should follow specific procedures as provided by your building management or safety officer. During an active shootout, one should follow the following danger zone evacuation processes.

Which are the Best Evacuation Routes?

Find a Los Angeles Security Company near Me

Green Knight Security has been one of the best security companies serving Southern California, and the Los Angeles area. With over 19 years of experience, our company has been serving thousands of happy clients preparing them for emergency situations such as active shoot outs. We are reachable through email at This email address is being protected from spambots. You need JavaScript enabled to view it. or contact us directly through our phone number at 844-457-8326. Let us help you make your building and environment safe! 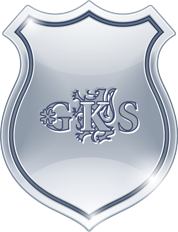